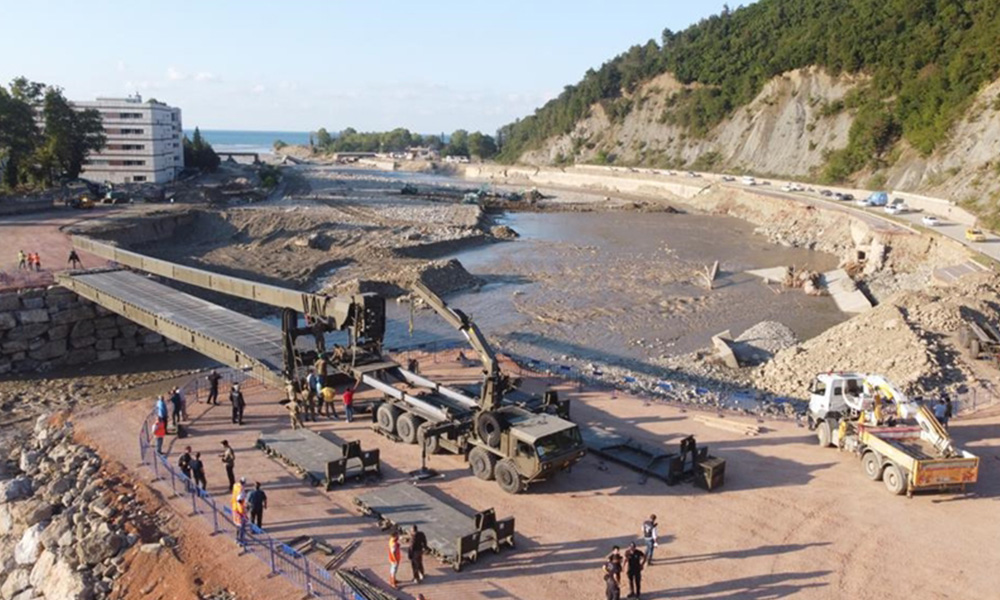 For the first time in WFEL's many appearances at the Eurosatory exhibition in Paris, the Military Bridging Systems supplier will next week be exhibiting on the KNDS (KMW Nexter Defence Systems) booth, alongside parent company KMW.

As the world-leading provider of rapidly deployed modular military bridging systems, WFEL will showcase its range of products, including the DSB Dry Support Bridge and also its newest collaboration with KMW, the Boxer Bridge-Layer system.

WFEL’s Dry Support Bridge is the world’s most technically advanced, rapidly deployable military bridge of its type and a 46m bridge can be constructed by a crew of 8 in under 90 minutes. The user base for the Dry Support Bridge is constantly growing worldwide and the latest country to join the user base is the Philippines, which is acquiring a number of DSB systems under the Horizon II modernisation programme.

WFEL’s rapidly-deployable bridging systems – including the MGB Medium Girder Bridge as well as the DSB - provide temporary infrastructure and have the potential to be used both in combat situations and in the event of natural disasters, greatly enhancing an Army’s capability to quickly manoeuvre across physical terrain as complex as rivers, ravines and man-made gaps.

The current growing ‘state of readiness for battle’ for many militaries around the world, combined with the greater involvement of the military in support of natural disasters which have occurred in recent times, illustrates the strategic importance of the dual-role capabilities of WFEL’s bridging systems.

Both DSB and MGB Bridging Systems were deployed in 2021 during rescue and relief operations, following severe flooding in Europe, namely in Germany and Turkey.