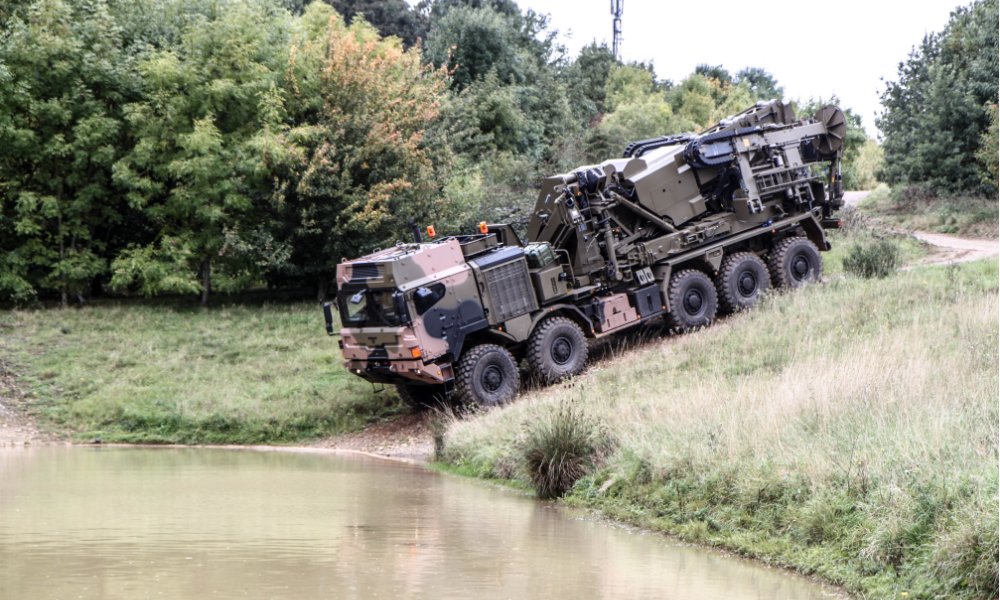 The Dry Support Bridges (DSBs), capable of carrying over 120 tonnes, have been delivered following extensive trials at the UK’s Millbrook Proving Ground, to verify both off-road and on-road capability and in accordance with a series of demanding mandated Specifications, Audits and Project Reviews determined by the Australian Government. Also supplied for Land 155 are WFEL’s double-storey, link-reinforced Medium Girder Bridge systems (MGBs), which can span up to 49 metres and which will be supplemented by additional portable Pier and Span equipment, allowing bridges of up to 76 metres to be constructed.

As the bridges provide temporary infrastructure and will be used in the ADF’s Combat Support and Disaster Relief operations, both DSB and MGB bridging systems are being delivered complete with walkways, to allow the separation of vehicular traffic from pedestrians. WFEL’s comprehensive Integrated Logistics Support package is also being supplied, to cover through-life support for the bridges.

The adoption and acceptance of the latest variant of the DSB by Australia further helps to support WFEL’s position in respect of ‘Project Tyro’, the Assessment Phase program contract that it won to look at replacing the UK’s ageing BR90 systems nearing their end of service.

The DSB - which can be launched by just 8 personnel within 90 minutes, is already in use with the US, Swiss and Turkish armed forces and has been proven in the field as temporary infrastructure in Iraq and Afghanistan - fulfils the demanding requirements for the Tyro Project through a proven and validated track record, providing an off-the-shelf, low risk solution to the UK MoD’s wide-gap tactical bridging requirements. The UK MoD, just like the Australian Defence Force, is already familiar with WFEL’s bridging systems, having been a user of the modular Medium Girder Bridges since the 1970s.

WFEL is also currently fulfilling further DSB orders for the U.S. Army - an experienced user of the DSB since 2003 - in support of its European Deterrence Initiative. This supply of additional Dry Support Bridges will bring the U.S. Army’s stockholding up to almost 120 systems.

Ian Wilson, Chief Executive of WFEL, commented, “WFEL’s long-standing relationship with the Australian Defence Force began over 30 years ago, when they chose our Medium Girder Bridges. We are delighted to continue to support them today, this time not only with further MGBs, but with a significant capability enhancement through the purchase of the latest mechanised DSB. The adoption of the DSB not only provides the ADF’s Manoeuvre Commanders with the ability to cross significant wet or dry gaps quickly and efficiently, it allows a level of inter-operability with an ever-growing user base.

“This significant and growing installed base of DSB equipment, allied to our fully-operational production line, ensures that WFEL’s customers have a high level of confidence not only in our products but also in our continued through-life support and spares availability.”

WFEL will complete final delivery of the ADF’s bridges by September 2018.