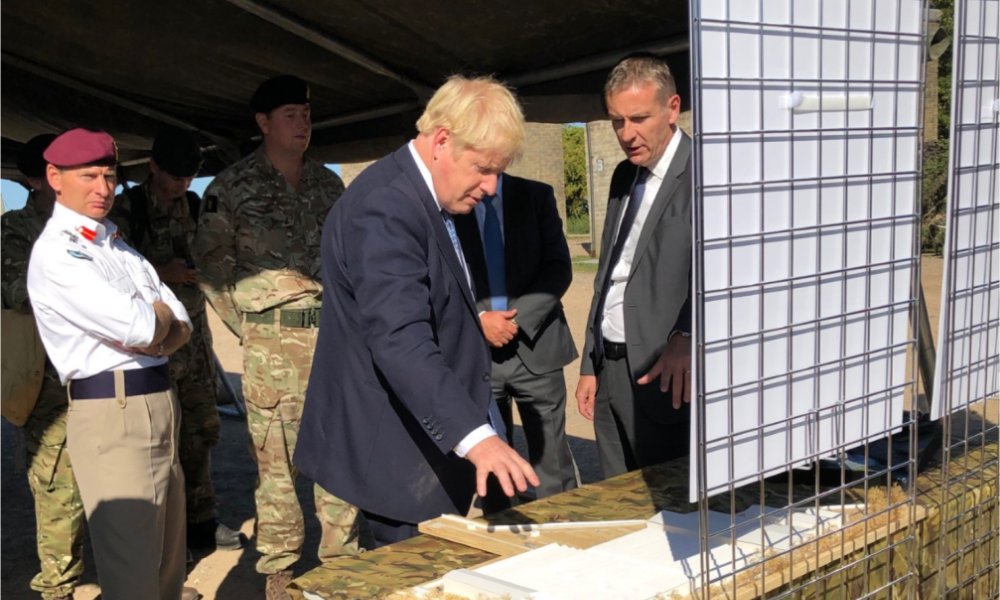 WFEL’s Managing Director, Ian Anderton, had the opportunity to brief The Rt. Hon. Boris Johnson, the UK Prime Minister, during a recent visit to the British Army’s training facilities on Salisbury Plain. The discussions covered WFEL’s range of Military Bridging systems - both currently in-service with the UK MoD and other Nations, and under consideration for Project TYRO - and also the significant role which WFEL will play in the MoD’s potential Boxer MIV project.

Prime Minister Johnson heard about WFEL’s 100 years of rich military history, from the days of Fairey Aviation to involvement in the F35 Lightning II stealth multi-role combat aircraft programme. He was impressed by WFEL’s exporting record, with bridging solutions having already been chosen by 42 militaries worldwide, including USA, Australia, Switzerland and many Far East and Middle East customers and was also keen to hear about WFEL’s skilled workforce based in the North West of England, involved in a variety of precision-engineered manufacturing programmes.

The Prime Minister was accompanied on his Salisbury Plain visit by the UK Secretary of State for Defence, Rt. Hon. Ben Wallace, who had previously been briefed by Ian Anderton during the recent DSEI defence show in London.

Plans were also discussed around the proposed enhancements to WFEL’s military vehicle manufacturing facility in order to accommodate the manufacture of the Boxer MIV for the British Army, should this project go ahead. The Prime Minister had earlier met with military chiefs to talk about ensuring that the British Armed Forces are prepared in the face of any threats to the UK.