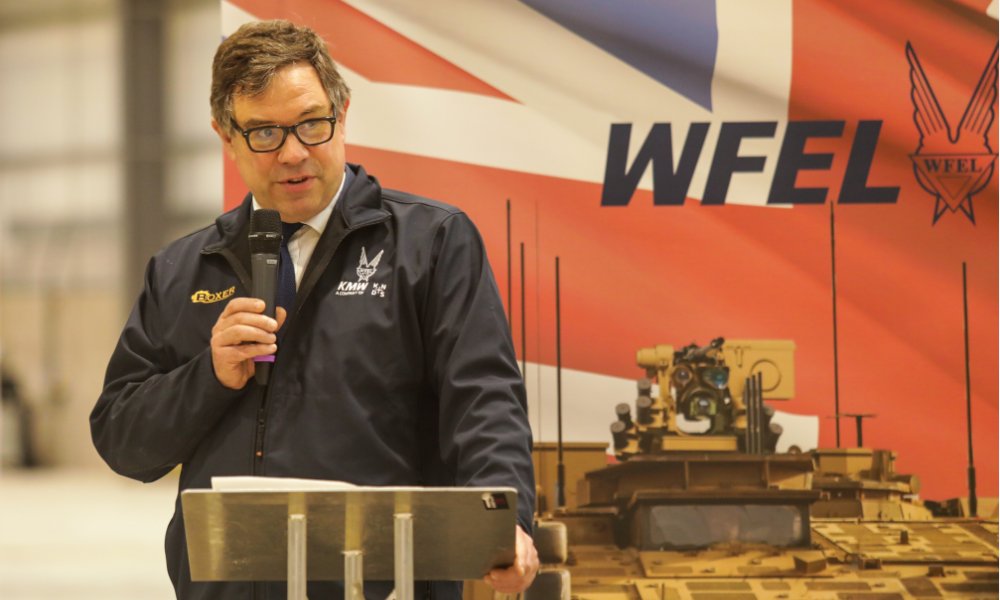 UK Minister for Defence Procurement, Jeremy Quin, has visited WFEL to formally open the new Boxer Armoured Vehicle Production Facility, in advance of first-stage production commencement. This new facility in Stockport will play a significant role in the manufacture of the Boxer, the British Army’s latest armoured vehicle.

During his visit, the Minister saw first-hand the newly built production line and met with WFEL personnel who will be working directly on the state-of-the art vehicles. He also met with WFEL Apprentices and heard about the latest developments in the roll-out of the UK supply chain for the Boxer programme.

“This new production line is creating 120 new jobs at WFEL, further cementing our investment in UK innovation and expertise.”

The Minister also had the opportunity to see a live demonstration of the latest Boxer variant - the Boxer Bridge-layer - which incorporates bridge sections manufactured by WFEL personnel in Stockport.

Ian Anderton, WFEL's Managing Director, commented, "We were honoured that the UK Defence Minister was able to visit us, to see the progress already made in this significant, new, armoured vehicle programme for the British Army. In spite of the restrictions caused by the COVID pandemic, our teams have succeeded in keeping us on schedule and we are now poised to begin production. We look forward to delivering the first vehicles to the Army in due course".

A number of significant supply chain contract awards for the UK Boxer Programme have recently been announced by WFEL, including agreements with Horstman and David Brown Santasalo.

WFEL continues its recruitment campaign for the Boxer Programme, offering long-term employment opportunities in a variety of roles across the new manufacturing site.

The UK decided to re-join the Boxer programme in 2018 and since then has committed £2.3bn to deliver over 500 vehicles to the British Army. They will be made up of four variants: Infantry Carrier, Specialist Carrier, Command Vehicle and Ambulance.