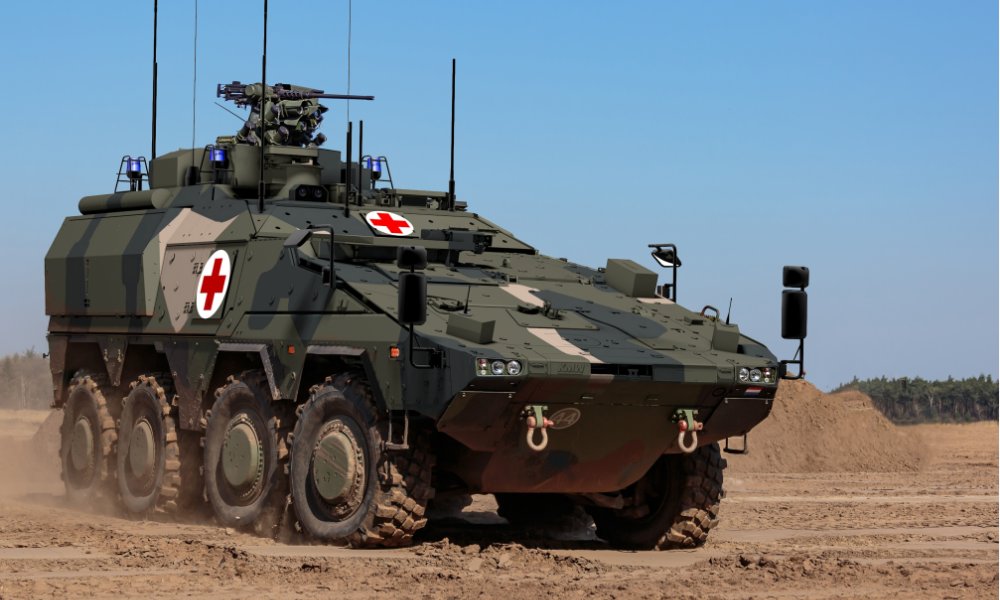 South Yorkshire-based MTL Advanced has been chosen to supply armoured steel for the production of the UK MoD's Boxer Armoured Vehicle Programme, under a £-multi-million, multi-year contract awarded jointly by WFEL and parent company KMW. The armoured material will be used in the Boxer vehicle hull assembly, which will be fabricated at WFEL’s specialist Manufacturing Centre of Excellence in Stockport.

MTL Advanced have invested in excess of £2m in new capital equipment to help support this project and meet increased demand. The new investments have been spread around the various manufacturing cells of the Rotherham business, to provide an enhancement in capacity, in line with the production schedules for the UK Boxer vehicles contract.

In a major boost to the local community, this contract award has contributed to the creation of 30 new jobs at MTL Advanced, who have also welcomed 12 new Apprentices to their Engineering & Welding Apprentice Academy during September 2021, demonstrating MTL's on-going commitment to train the next generation of Engineers. MTL Advanced says that investing in the next generation of talented engineers is critical to their ongoing success.

The company has also recruited an additional 4 young job seekers as part of the nationwide KickStart campaign and new Graduate schemes have also been brought forward, to upskill MTL's staff and provide them with further education and career progression opportunities.

MTL Advanced General Manager, Karl Stewart, said: “We are really excited to have been awarded this major contract, which will give us the opportunity to work in partnership with WFEL and KMW on such an important UK Defence project. We look forward to engaging closely with WFEL and KMW’s engineering teams and leveraging our armour manufacturing expertise to help make this Boxer Vehicle programme a great success for the British Army.”

Mr Stewart added: “As a company located at the heart of the Sheffield-Rotherham Advanced Manufacturing corridor, the region that was the cradle of the Industrial Revolution, we are immensely proud to be able to bring such a prestigious multi-year contract to Rotherham for the benefit of our local community.”

This is the latest sub-contract to be awarded by WFEL, a key partner in the manufacture of the Boxer Armoured Vehicles for the British Army, under the $2.3 bn contract signed in November 2019 between ARTEC and the UK MoD.